The Samburu National Reserve located on the banks of the Ewaso Ng’iro River spans 165 sq km in size. Entering through the Ngare Mare or Buffalo Springs gates, one has spectacular views of Koitogor and Ololokwe mountains. The Reserve is peaceful and serene, attracting many animals to its unique environment. Samburu has grasslands, riverine forests, thorn trees, and acacia. The park is peaceful and secluded as it is located far away from industrious cities. It only just became accessible to the public recently so it is not as well known as other parks and much less crowded. 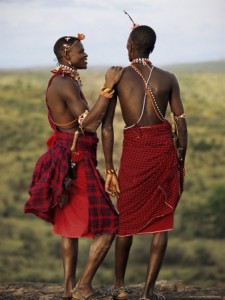 Amongst its hills and plains, the winding river and shady trees draw in many animals to the area. Lion, cheetah, and leopards are frequently seen and easy to spot. In addition, the Reserve caters to giraffe, zebra, buffalo, and waterbuck. Make sure to search for the interesting looking gerenuks who have extremely long necks for a gazelle and eat by standing on their hind legs. The Reserve is home to a recorded over 350 species of birds, including Somali ostrich, vultures, marabou stork, sunbirds, grey-headed kingfisher, starling, and red-billed hornbill to name a few.

Near the Samburu Region, one can find an excellent selection of safari lodges and luxury tented camps for accommodation, as it should be needed.