The Selous Game Reserve is one of the largest reserves in the world and is located in southern Tanzania. The Reserve gets its name from the Englishman Sir Frederick Selous who was a popular big game hunter and conservationist of the early 1900s. In 1982, this location was entitled a UNESCO World Heritage Site due to its vast biodiversity within the region. The Reserve covers an enormous amount of land stretching 54, 600 sq km. Within the park itself, there is no permanent human habitation or permanent structures and all human entry and exit is monitored very carefully. 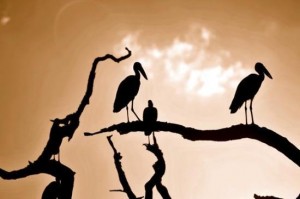 Upon entry to this magnificent Reserve, typical savannah animals such as wild dogs, buffalos, elephants, hippopotamus, and crocodiles can be found in large numbers. There is possibly the highest concentration of these animals than in any other reserve or park in Africa. Selous actually contains one third of the entire world’s wild dog population within its limits. In addition to great wildlife, the park offers some interesting places to visit. The Rufiji River flowing into the Indian Ocean is said to be a beautiful area near the Stiegler Gorge, offering spectacular views and a chance to see many of the animals living in the area. During the dry season, an ancient migration of elephants occurs between Selous and one of Mozambique’s reserves that is a phenomenal sight to see. For visitors, the best ways to explore the Selous Reserve are to participate in walking safaris through the bush as well as boat trips on the Rufiji River. Fishing in the river is another fun activity that this Reserve offers its visitors.

The best season to see the Reserve’s many animals along the river is during the dry season in the months of June to November. Alternatively, another great time to visit for the best game viewings is during the rainy season months of December to February.