The Central Kalahari Game Reserve consists of open plains with gentle sandy dunes and is the largest game reserve in the world. Just opened the to the public recently, the Reserve offers a remote area consisting of four lush rivers fossilized with salt pans and wind throughout, making it a bit of an unforgiving and harsh terrain. 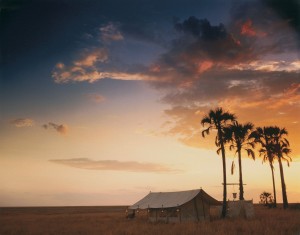 The Central Kalahari’s original purpose was to serve as a refuge for the San Bushmen who were the first inhabitants of the Kalahari area and have been residing thereafter for the past 30,000 years. These people lived a traditional nomadic hunter-gatherer lifestyle and lived off the land-only taking what they needed to survive. Many safari lodges within the Reserve often hire people of Bushmen origin to guide visitors into the desert and impart their valuable knowledge on how to survive. This offers a unique and unforgettable experience for those who visit. Often dressing in traditional animal skins and carrying a bow and arrow, these people are more than willing to show you how to find water-filled tubers in the sand as well as how to catch an ostrich. Not to mention the outstanding and embellished stories they will tell you.

While out in the bush, the Reserve becomes one of the best game-viewing areas in Botswana. A hidden treasure if you will, not many tourists know about this gem and visitors are few. There are often sights of game dozing underneath the shade of bushy trees, such as giraffe, brown hyena, warthog, cheetah, wild dog, leopard, lion, wildebeest, and various antelope. Fascinating reptiles, insects, and scorpions are also found within the Kalahari. In addition to the surreal wildlife offering, the Reserve is home to magnificent cloud formations during the summer rains as well as picturesque starry nights. 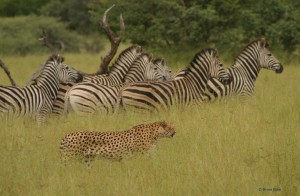 Another feature of the Kalahari is Deception Valley that is the remains of a rambling riverbed extending across the north of the Reserve. It owes its name to the mind trick it plays on its audience, appearing as though full of water from a distance. Another exquisite site is Piper’s Pan which offers a stunning stretch of perfectly flat grass that is green in the rainy season and turns a beautiful shade of barley gold by May.