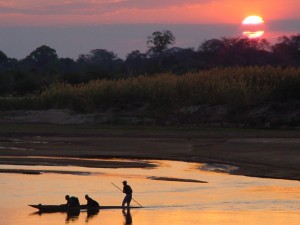 The almost undiscovered Niassa National Reserve is located in the interior of Mozambique and spans 42,000sq km. It caters to the adventurous tourist as the land is very undeveloped and unspoilt – and offers a taste of “Real Africa”.

The Reserve holds a promisingly large variety of flora, fauna, and animals. Most of the Reserve is covered by thick deciduous woodlands, although there are granite mountains, and both riverine and dambo vegetation as well. The Reserve is the largest conservation area in Mozambique and contains the greatest concentration of wildlife as well as the widest range of species, elephants are especially numerous. In addition, the undeveloped habitat makes it ideal for hosting the largest number of mammals in Mozambique featuring wild dogs, sables, lions, wildebeest, mongoose, and a large diversity of small carnivores. It is also the homeland of over 400 species of birds, some of which are found to be “globally threatened” species such as the Southern Banded Snake Eagle, Stierling’s Woodpecker, African Skimmer, and Taita Falcon.