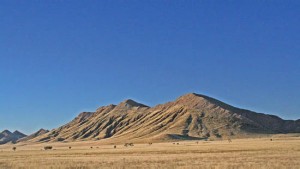 Swakopmund, Namibia’s second biggest town and traditional “summer capital”, is one of the most surreal places in this country. You approach the town through the endless expanses of the Namib Desert, one of the world’s largest wilderness areas. Then, through the mists (it is almost always misty in the morning and late afternoon) Bavarian spires and elaborate Germanic architecture rise through the fog banks. The boom of the surf on the notorious Skeleton Coast is an ever-present reminder of the icy Atlantic Ocean beyond. The town is an eclectic mixture of Bohemian and Bavarian, home to an intriguing mix of artists, hippies, strait-laced descendants of German settlers, stately Herero women in Victorian dress, and hard bitten miners, game rangers, safari operators and fishermen. Swakopmund exudes romance and history, a rich cultural melting pot of old and new.

Nighttime entertainment ranges from sophisticated spins on the casino’s roulette wheels, through raucous parties at the many pubs and restaurants, to an assortment of drama, music and cultural events. Once you’ve got over the shock of being in a little corner of old Bavaria wedged between one of the world’s harshest deserts and even harsher coastlines, the bewitching desert beckons. Just outside town is the extraordinary Moon Landscape, a seemingly never-ending series of bizarre hills that look like pictures taken of Mars, or the Sea of Tranquility. It is best visited at sunrise or sunset. A bit further afield, in the bed of the Khan River, is the oasis of Goanikontes, a lush splash of water and vegetation in the barren Namib. For botanists, there is the lure of the fields of what have been called “living fossils”, the giant Welwitschia mirabilis. These extraordinary trees never grow more than two meters above the ground, but the bigger specimens have underground stems, which are up to four meters wide. The tree has just two leaves, which droop in opposite directions. If one of the leaves dies, the plant dies. The oldest living specimen has been dated at 2 000 years old, while the average age of the youngsters is between 500 and 600 years old. 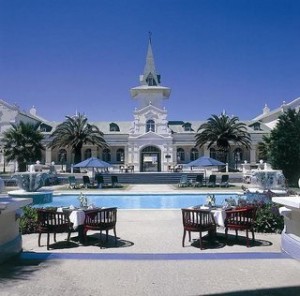 Just outside Swakopmund, a section of towering barcan dunes have been set aside for recreational purposes – sand boarding and skiing, quad biking, camel rides and off-road driving. Swakopmund also offers a host of other attractions, including excursions by boat to see dolphins and seals, shorebased angling (some of the best in Africa), skin diving, surfing or just simply lazing on the beach. And, of course, the town is surrounded by the Namib Naukluft Park, one of the most bewitching desert wilderness areas in Africa, for one-day trips or longer safaris for the ultimate desert camping experience.

Accommodation options in Swakopmund are numerous.