Zambia is home to some of the best wildlife parks in Southern Africa, including one of Natural Wonders of the World, Victoria Falls. Don’t let the dominant high plateau fool you into thinking that most views are the same. The many different Parks offer tourists a variety of landscapes and vegetations. In the east alone, deep valleys, mountains and hills decorate the scenery. Zambia is the animal-lover’s dream, with almost one-third of the land given over to Game Reserves and National Parks.
Zambia consists mostly of a high plateau, and therefore the weather is usually pleasant with an average monthly temperature of above 20°C most of the year. The winter season is divided into a dry cool season between May and August, and a dry hot season between September and October/November. The cool dry season has subtropical rather than tropical conditions. The climate is seldom unpleasantly hot, except in the valleys. The summer season is the hottest but also has the most rain. 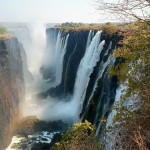 VICTORIA FALLS
The city of Livingstone is often referred to as the ‘Tourist Capital of Zambia’ and has several luxury hotels set right on the Zambezi River. It’s biggest drawcard, however, is the magnificent Victoria Falls, just down the road. The legendary Victoria Falls see the mighty Zambezi River plunge over 100m (330ft) into the narrow Batoka Gorge at a rate of 550 million litres every minute. This is a spectacle of note: the raw power of this unique sight is truly something to behold. And there is much to do in the area: whitewater rafting, bungee jumping, canoe trips, microlight and helicopter flights, sundowner cruises and more.
Read more… 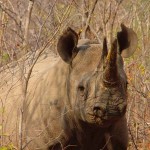 NORTH LUANGWA
North Luangwa is known for its huge herds of buffalo and over 350 bird species. The Park is surrounded by woodlands and numerous small rivers, including the beautiful Mwaleshi which forms a series of small waterfalls.
Read more… 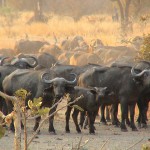 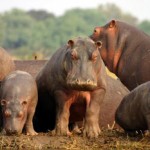 The Lower Zambezi National Park lies downstream of the Victoria Falls and has an abundance of birds and wildlife, including the ‘Big Four’, drawn to the banks of the river and ancient oxbow lakes. This area is legendary for Safaris.
Read more… 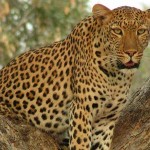 KAFUE NATIONAL PARK
The Kafue National Park has some of the most abundant animal populations in Africa. Kafue is one of the largest National Parks in the world and is noted for its beauty, excellent game fishing and the hundreds of species of birds that are attracted to its river.
Read more… 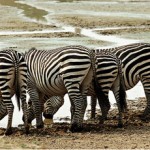 The Lochinvar National Park is another one renowned for its many birds with over 420 species being recorded.
Read more…

Africa Bespoke provides travellers with fantastic journeys into Zambia, discovering the best of Victoria Falls and the wildlife reserves further north, like Luangwa, Kafue and the Lower Zambezi.