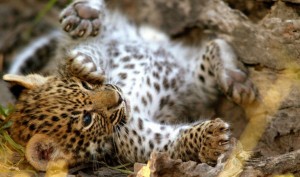 The South Luangwa National Park is a world-renowned wildlife sanctuary and one of the finest in Africa, with beautiful scenery and abundant wildlife of incredible diversity. Located in the Luangwa Valley, part of the Great Rift Valley System, the 9050 sq km park is bounded by the Muchinga Escarpment in the west and the meandering Luangwa River to the east. The river is the lifeblood of the park, the extensive system of oxbow lagoons, wide grazing lawns and associated riverine vegetation attracting a diverse array of wildlife, which at times creates the feeling of being in the middle of the Garden of Eden.

There are over 400 species of birds and 60 species of animals, including endemic populations of Thorneycroft’s giraffe and Cookson’s wildebeest, which are unique to the area.

The classic African walking safari was pioneered in the Luangwa by Norman Carr, Zambia’s most respected conservationist and is still one of the ultimate ways to experience this pristine wilderness. Dr. Livingstone traversed the area in the late 1800s and like many after him, was spellbound by the beauty of this corner of paradise.

Common animals include elephant, buffalo and hippo, with healthy numbers of lion. The leopard population is one of the highest densities in Southern Africa, providing for rewarding sightings during night drives of this beautiful cat. Sightings of wild dog have been increasing over the past few years and seem to be particularly good during the rainy season in the Mfuwe area, although certainly not guaranteed due to the highly mobile nature of the species.

There are estimated to be at least 50 hippos per kilometer of the Luangwa River! So, for hippo fans, you won’t be disappointed. The park has 14 different antelope species, including bushbuck, kudu, eland, waterbuck, impala and puku. Much less common and more likely to be found in the remote regions of the park are duiker, reedbuck, roan, sable, hartebeest, grysbok, klipspringer, and oribi. 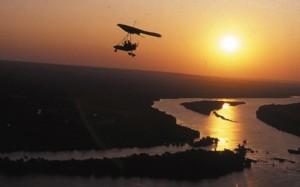 The Luangwa Valley is renowned for its birding with about 400 of Zambia’s 732 species occurring in the area, including 39 birds of prey and 47 migrant species. The Luangwa is an Important Bird Area and is thus a crucial site of international importance for the conservation and biodiversity of birds.

Towards the end of September the carmine bee-eaters arrive and begin constructing their nests in the riverbanks forming a mesmerizing display of crimson. When the oxbow lagoons recede, hundreds of birds of different species form fishing parties in the shallow waters. Great flocks of pelicans and yellow-billed storks can be seen thermalling high up in the skies, the storks dropping in on the drying waterholes like parachutists, cartwheeling and spinning almost out of control.

In November, palaearctic migrants arrive from Northern Europe in addition to the intra-African migrants. These include cuckoos, white storks, European swallows, swifts and bee-eaters, as well as birds of prey such as the Steppe eagles and Steppe buzzards that come all the way from Russia.