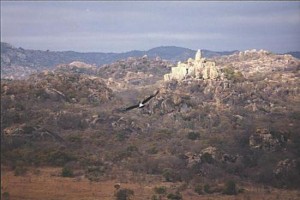 The ancient hills in Matopos National Park have always been a mystical place. Tribes over the centuries have taken refuge there in times of war, Stone Age hunter-gatherers have decorated caves with beautiful drawings, and Cecil Rhodes is buried here. The Matopos lie just south of Bulawayo, Zimbabwe’s second biggest town. It is not difficult to see why people have been drawn to them over the centuries. Grassy valleys, dense woodland, and rivers lie between hump-backed granite hills and the broken blocks of castle kopjes. Animals wander through the wilderness and drink from the dammed lakes that are sprinkled around the park.

Mountain bikes are a great way to explore the area. The roads in the central portion of the park are all tarmacked, allowing an easy ride. Stop off at various caves to see the rock art or amble up to the top of World’s View where Rhodes is buried and watch the lizards being fed. Keep an eye out for game – there are plenty of wildebeest and antelope in this area of the park and you might even come across a rhino. In the evening you can stay at one of the well-kept campsites in the park and watch the animals drink from the dams. 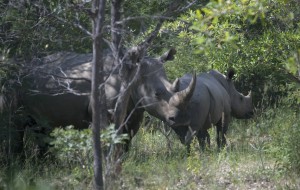 For more of an adventure you can head into the wilderness areas of the park, but make sure to pack a bicycle repair kit. In return, you will escape from the cars and tourists of the central area. Your chances of spotting game increase as you cycle towards one of the two basic campsites here (which you will probably have all to yourself). On your journey, there are painted caves to discover as well. Bicycles can be hired in Bulawayo. It is a long and boring bike ride to the park from the town and it might be a good idea to catch a bus to avoid it. Once in the park, your efforts are rewarded with picturesque scenery and gradients that aren’t too steep.

The Matopos can be visited all year round, but it is probably a good idea to avoid the summer heat and the rains of November to March. The central part of the park is easily accessible by car, which is the only way you can access the neighboring wildlife reserve (modest compared to Hwange, but one of your best chances of spotting rhino). Horse-riding trips are also available.