Located north of Madagascar, Nosy Be is a magnificent island filled with balmy fragrances and warm breezes. One of its famous nicknames is “Nosy Manitra” or the scented island in Malagasy due to the combinations of coffee, cocoa, frangipani tree, cinnamon, vanilla, sugar cane, and ylang ylang scents that fill the air. 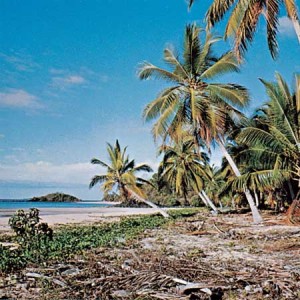 Originally home to multiple different ethnic tribes, the island was home to many tribal wars and conquests. Most notably making Malagasy history when King Radama tried to conquer the whole are west of the red island up to the sea. Queen Tsiomeko, another tribal leader used the island as a refuge after being defeated by his army. Eventually, in the late 1800s, the French protectorate overtook the island.

Located right on the Mozambique canal, the weather is a perfect climate to produce exceptional flora and fauna, making this island a tropical paradise. In addition to the crystal blue sea water that surrounds the island, it contains 11 volcanic-made lakes. Taking a day trip to climb Mount Lokone or Mount Passot allows you to see the picturesque terrain that this island has to offer. As many tourists take refuge here as a place of isolation and seclusion, the island remains a popular destination for vacationers to relax.

Map of Nosy Be